The Future of Space Communications

after transportation you need communication 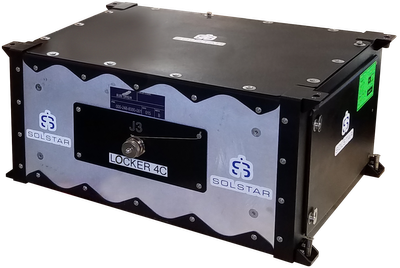 Solstar Space is the leading commercial space-based connectivity company pioneering the use of persistent communications services for all types of on-orbit assets including satellites, space stations, launch vehicles, and more. We provide an internet connection between spacecraft and payload managers, satellite operators, and enable orbital and suborbital communications for crewed missions.

In 2018 we sent the first commercial Tweet from Space. Imagine the first phone call during a commercial flight, the first selfie sent from the Kármán line, and the first instant results from payloads on-board a commercial spacecraft. Solstar Space Company can make that happen.”

Our fast, reliable services, space-tested routers, Wi-Fi access points and hotspots, and satellite space communicators and data relays are being developed to deliver on-orbit persistent connectivity and are supported by 24/7 customer care. These assets are installed on satellites and spacecraft prior to launch to keep crew, spacecraft, and Earth-based satellite operations teams connected.

Solstar Space Company is striving to create a ‘Space Wide Web’ to connect everything in space, to everyone on Earth. We are able to provide a Wi-Fi connection for payloads, and payload specialists, as well as future astronauts, throughout their spaceflight. 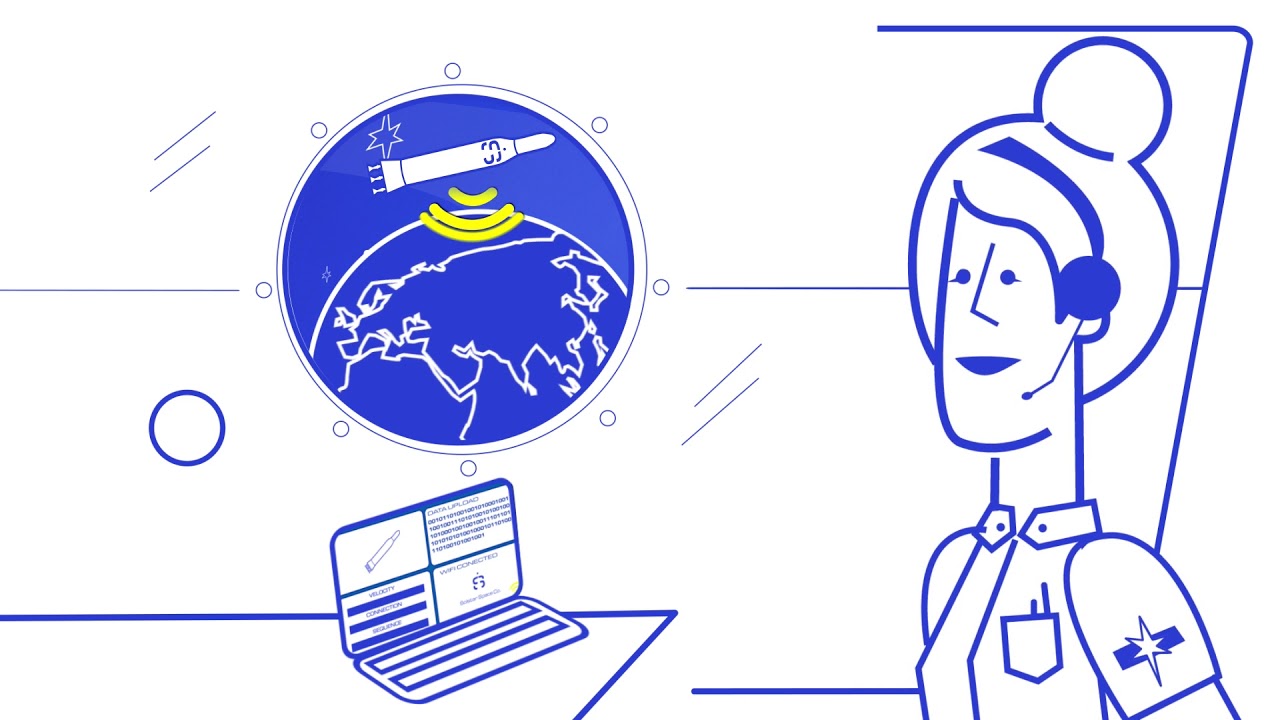 Solstar’s mission is to build and create the tools necessary to enable 24/7 secure, economical, convenient, two-way, internet-based communications with every “thing” in space, to be the ISP of choice in Earth Orbit and beyond in the next years. 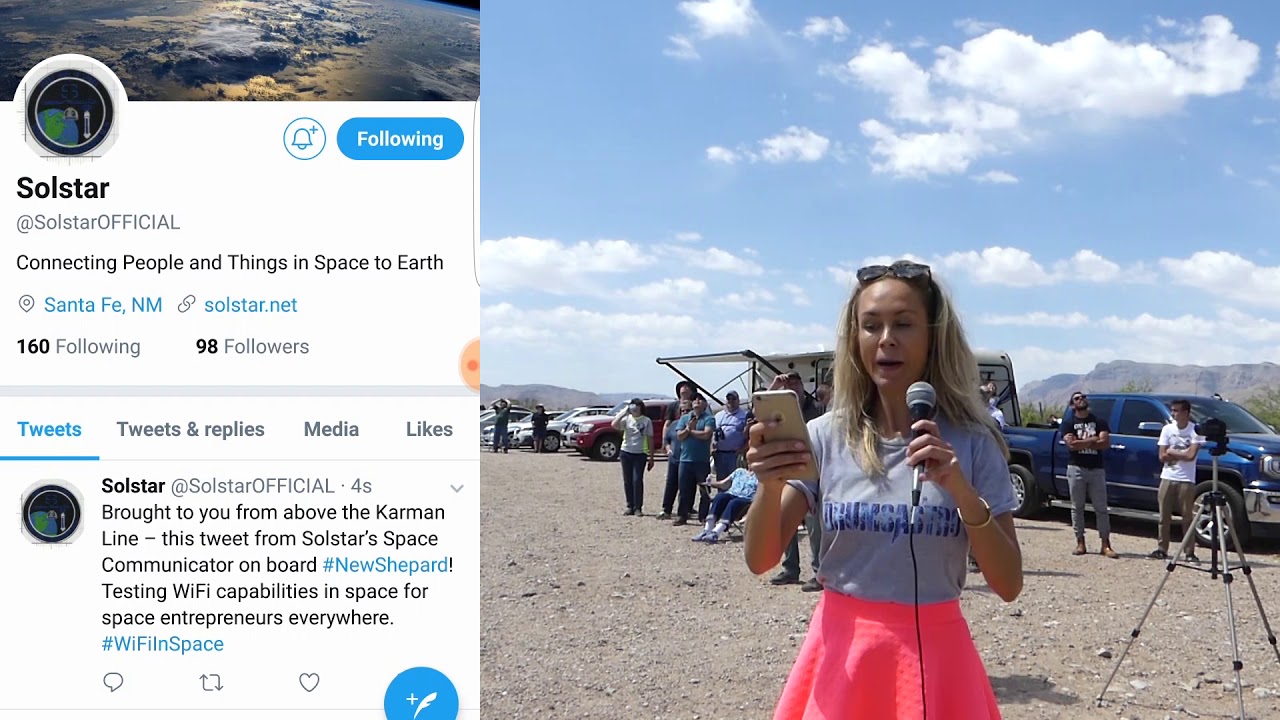 why investors love us 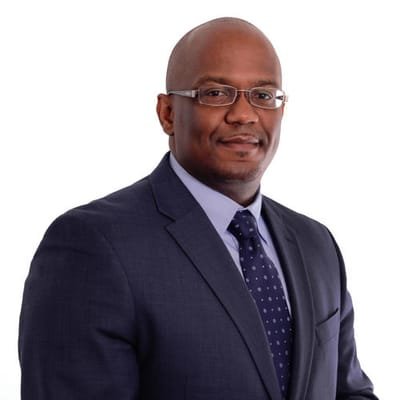 I chose Solstar Space Company because of the domain expertise of the team. Brian has 30 years of experience in commercial space industry. Mark has a PhD in aerospace engineering and executive experience with Google. Jon has experience is creating multiple streams of revenue and growing value for investors. Their combine expertise will be vital to the success of Solstar. I like where the commercial space industry is heading. Billions of dollars are being invested in space related technology. For space opportunities to come to fruition, a reliable communication network in space is needed. I believe the Solstar team is ready to solve this need. 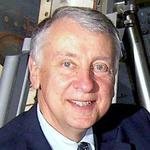 I flew on the Space Shuttle three times in the 1980s. I like Solstar because with a reliable internet connection, researchers and technicians on the ground can expand their ability to control hardware and software in space as companies like Blue Origin and SpaceX take flight. With the kind of Wi-Fi Solstar wants to make available, they can be virtually there. I would put it in these terms: There are unique aspects of space travel — absence of gravity, infinite vacuum, the views we don’t have under this filter of atmosphere — and turning those things to human benefit and use is up to the human imagination. Solstar’s services would have been very helpful for me as a commercial astronaut on the Space Shuttle. 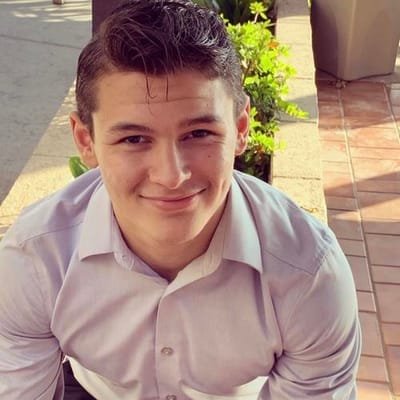 I invested in Solstar because space is such a monumentally untapped resource at our disposal. I believe if there is a positive and useful way to expand more so into this aspect of communication. It would be amazing. I only know movies, books, film, and articles about space. To think if we are on the cusp of developing wifi above the ozone is truly amazing. This company will be very successful. 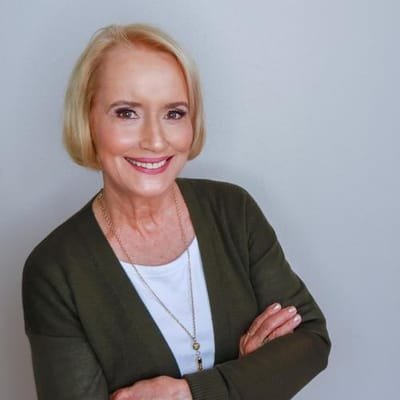 I believe the potential for this company is enormous. I love what you are doing. 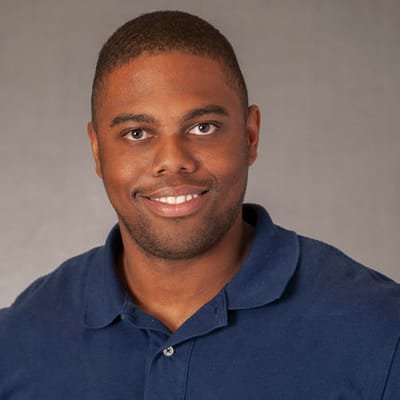 I have a genuine love of space and being retired Army I understand the importance of the future of space exploration. 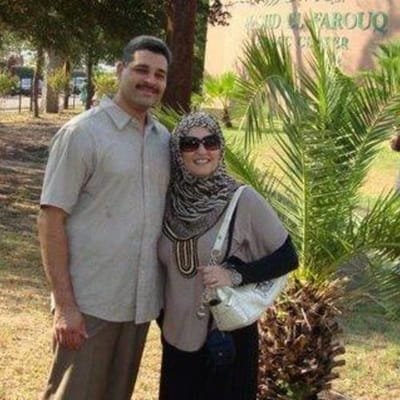 To be a part of a new WI-FI era. I believe what is being done by Solstar space company team will lead to a better future to all. With the a faster and worldwide WI-FI coverage, new innovations will surface that will improve our way of life. 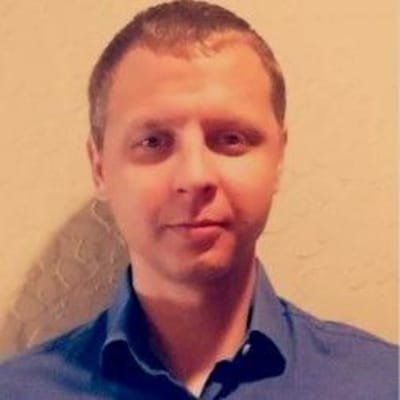 I have always been fascinated by everything related to space and finally have an opportunity to make a tiny contribution towards an endeavor that will help astronauts in some way. 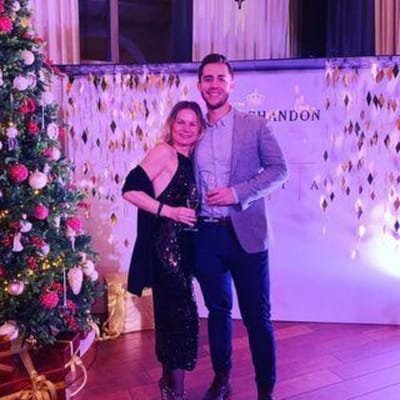 I grew up looking at the stars and planets through a telescope with my dad who was a career satellite and rocket engineer. I love your mission and wish you the best success! 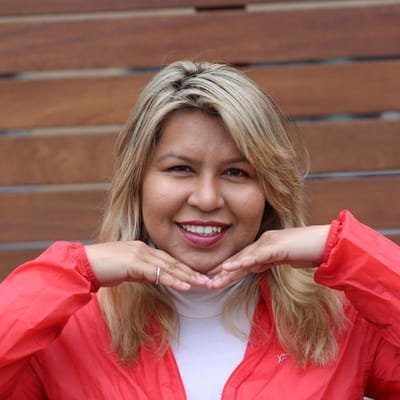 I am an entrepreneur myself running a hotsauce brand called Silly Chilly Hotsauce. My dream to go take a trip to the space someday with my hotsauce and Facetime with my nephews so need WIFI to do that. :) Best of luck and wishing all the success in your venture. 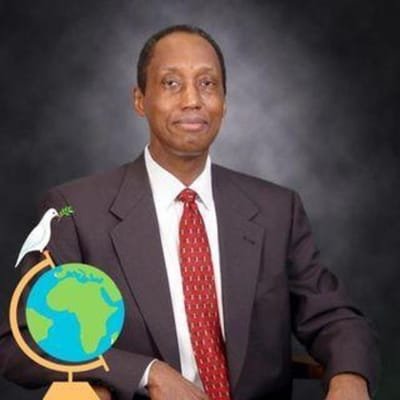 Unique opportunity to capitalize on the burgeoning and innovative industries that will benefit from critical data from space to start and grow businesses. 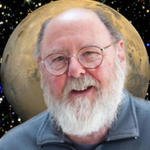 Space tourism is getting close, with suborbital and eventually orbital flights. The idea that people will be able take a picture in flight and send it to friends and family is exciting. Everyone wants that Kodak moment looking down at Earth from 65 miles up. 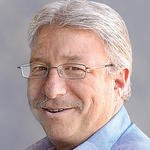 Solstar’s technology could provide a critical boost to nearly every endeavor in the new age of commercial space, from research and manufacturing to rocket-based travel across the globe.

Solstar is revolutionizing the way we communicate in space by bringing commercial WiFi to payloads and people in space for the first time. In essence, we are helping space-based assets like satellites and commercial manned spacecraft better communicate with people and sites on Earth through satellites. The commercial space industry lacks a simple space-to-ground communications solution, and everything has traditionally been government based. So NASA is turning to the commercial industry to provide solutions. Solstar's solution is a high-speed, reliable, and easy to use space communications platform leveraging existing billion-dollar commercial satellite communications networks. We have proven our technology on three spaceflights in partnership with NASA, sending the first commercial Tweet from space; a huge milestone in commercial space history (our Schmitt Space Communicator is now at the Smithsonian's Air & Space Museum!).  All we have to do now is scale to meet the needs of our customers in this rapidly developing industry.

How did the company begin?

Solstar was created to meet this new need in space communications. More commercial payloads are flying in space today than ever before.  They lack effective communications in flight and in space to the ground.  We are providing that.  We are bringing commercial access for the Internet Of Things to spaceflight. Solstar is the culmination of a 30-year professional career.  CEO M. Brian Barnett started and built companies in the commercial satellite communications market for 21 years. He started his first satellite communications company in 1999 (Satwest). The company was one of the first to specialize in providing internet communications for commercial and government aircraft, including NATO and Fortune 500 companies.  This led to developing the technology to provide communications to people and things in space. Solstar Space Company was founded in 2017 to meet a new market developing for this service. And we've already had major success.  People who are flying experiments in space are excited about using our service.  There is particular interest in our WiFi and Bluetooth from the younger generation of payloaders who represent the part of our customer base that will drive our revenues.  We are also in a good position to ride the growth of space tourism.  Commercial rocket companies have announced publicly they plan to fly the first people into space very soon, as soon as this year.  Solstar is very well positioned to service that market.

What does your company do?

As more and more people and things are flown into outer space, astronauts need to be able to communicate to Earth in a modern and convenient manner using smartphones and computers. Likewise, as more people on Earth fly more things like experiments, small satellites, and machines into space, they need a way to monitor their space-based assets real-time from their handheld devices. Space makes the spaceflight communications experience as seamless and secure as possible.

Why did we choose this idea?

The commercial space industry is growing, and while other companies are focusing on building spacecraft, we identified a gap in the market for secure space communications. We want to satisfy our customer's needs by providing them with reliable connections to people and their valuable assets in space from take off to landing.

Why is there an immediate need for this?

With NASA getting out of the satellite communications business as their TDRSS satellites are retired. NASA has announced they will not build any more government satellites and are looking to the private sector to provide communications going forward. This is very similar to how they contracted with commercial rocket companies to replace the Space Shuttle. NASA is now turning to acquire commercial satellite communications services from companies like Solstar. We already have customers and successful test flights in hand.  There is an immediate and growing need for our services. More commercial payloads are flying in space today than ever before and even more are scheduled to fly.  Nearly all of them need our service. Government payloads use government communications assets.  Commercial assets need their own networks to meet IOT demand, cyber security, IP concerns, data rates, and more.  Solstar is a lot more accessible for commercial customers on the ground and we’re at an economical price for the first time ever. We're first to market.  We also believe individuals going to space will want to communicate back to people on Earth in real time. We know there are more and more commercial uses of the international space station and they want to be able to communicate back to earth as well as other commercial assets that are going to be in space. Suborbital flights need communications in flight too.  Developing those markets and letting them know there is an alternative to existing communication means, which are fairly restrictive and limited, is going to be an important part of this whole sales and marketing activity.

Why is this the problem we decided to solve?

NASA's TDRS communications satellites are aging and are being retired. Therefore, NASA is in the process of transitioning to use commercial satellite services. Solstar is in the prime position to provide these services to NASA and University, International, and commercial customers. Solstar Space Company is meeting a market need. It’s true rocket science at the cutting edge of the new frontier.


What is the status of the overall commercial space industry?

We’re at the very beginning of a rapid growth in the commercial space industry. The commercial space industry today generates over $300 billion in annual revenues, and it is continuing to grow with this new segment of the industry. Our technology can be used here and in the larger industry itself.  We are still exploring the implications. Companies like Solstar will succeed even during a pandemic because space development and exploration are good for all humankind. The pandemic is showing that science-based solutions are imperative to solving societal problems that cross borders, and are key to assuring our planet is sustainable. During pandemics, we need leaders to pull us through challenging times and bring us to better things on the other side. Solstar is one of those leading companies.

Why are you uniquely capable of making this business a success?

We have an experienced team. There are many areas of what we are doing that requires a specific batch of experience.  Our management team covers all those bases. We set really important and challenging milestones, and we achieve those.  We know what needs to be done and can do it. Then we have young people that are coming on board. We're getting interest from young people who want to be a part of building the business. Now we just need the resources.

spot the iss from anywhere!

Here are two of our main locations, but you can also select yours and check when you will be able to witness the pass of the ISS above your country.