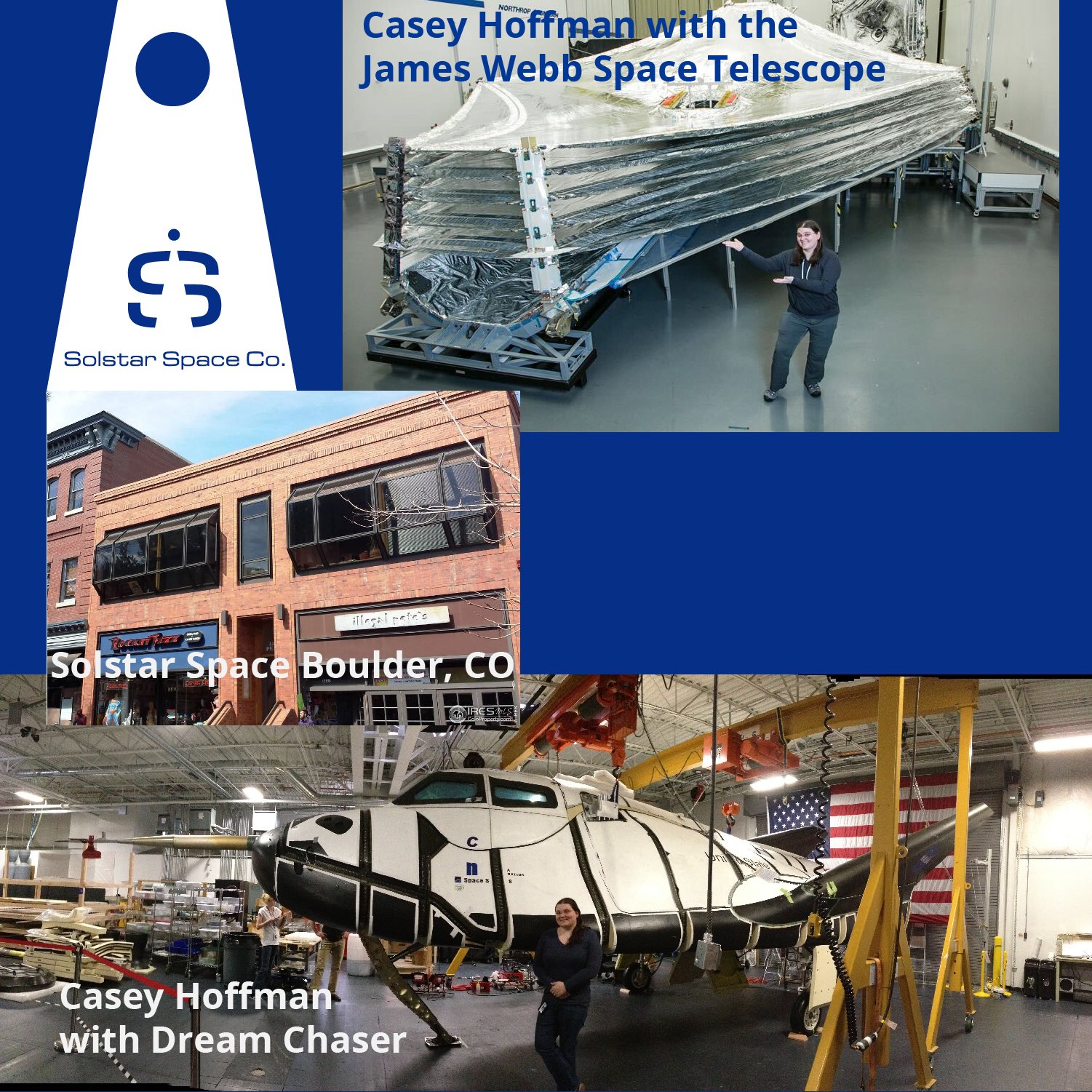 “With the extensive spaceflight systems engineering experience Ms. Hoffman brings to Solstar’s technical team, she will play a crucial role in the development of our Wireless Access Points for NASA’s Lunar Gateway HALO Module we are working on in conjunction with Northrop Grumman,” says Brian Barnett, CEO and Founder, Solstar Space Company. “Ms. Hoffman joins Solstar as we launch our new centrally located Boulder, Colorado office where she will be based. This expansion adds to Solstar’s existing U.S. headquarters in Santa Fe, New Mexico. As commercial, space agency, and government space programs continue to burgeon, Solstar will continue to expand the development of its space-based Wi-Fi access points and space communicators to meet the unique requirements of crewed and uncrewed missions,” continues Barnett.

“I am thrilled to be joining the Solstar team at this exciting stage of the company’s growthand development. This role is the perfect continuation of my space industry engineering career. As the company’s technical program manager, I will work on ensuring Solstar’s Wireless Access Points provide reliable connectivity for NASA’s crew and the devices used aboard the HALO module,” says Casey Hoffman, Technical Program Manager, Solstar SpaceCompany. “Having worked with many of the organizations Solstar partners and provides solutions for including NASA, Northrop Grumman, and others, I look forward to playing an important role in the future of space-based communications,” says Hoffman.